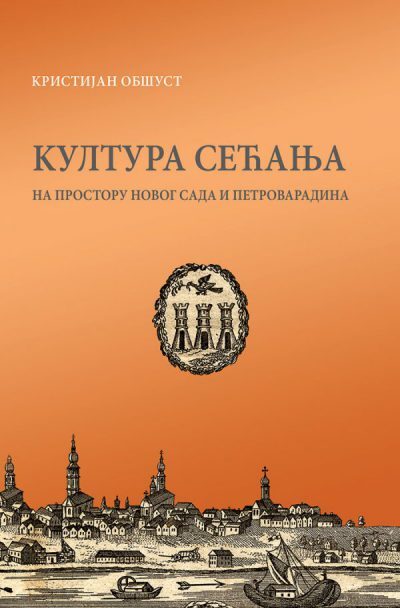 The content of the monograph is composed of two subparts that are logically connected which thereby enables the reader to understand the aim of the research in its entirety. In the first chapter, titled “Remembrance Culture of Novi Sad and Petrovaradin”, three scholarly articles have been published that deal with the topics concerning basic aspects connected to specifics of the official remembrance culture on the territory of Novi Sad and Petrovaradin. The author, starting from the theoretical approach, which says that remembrance culture is “a cultural and social construct and as such is closely connected to the construction of memory politics and the process of creating an identity”, puts emphasis on the fluidity of the noted term, highlighting that it is important to view it as a “complex dynamic category that often changes, rearranges, gets supplemented, negated and reconstructed depending on the framework of the active social, cultural and most of all political constellations at certain times and in certain places”. After the introductory remarks, in continuation of the first part, the author reviews the dynamics of formation, the characteristics and certain aspects of the change of remembrance culture on the territory of Novi Sad and Petrovaradin, and does so by reviewing: general local specifics with regard to city memory and the memory of its citizens (from the end of the XVIII century to today), historical cemeteries (as places of remembrance) and odonyms (in the sense of historical memory and collective memory of the city). Mapping the places of remembrance is the second chapter in which the author, in the sense of official remembrance culture on the territory of Novi Sad and Petrovaradin, locates key “places of remembrance”, specifically those connected to: The First World War, the process of emancipation of Serbs on the territory of the Hapsburg Monarchy, the mass execution of civilians from the 13th to the 23rd of April 1941, the Novi Sad Raid, the suffering of Jews during the Second World War and the period of socialism. Putting aside the analysis of aesthetic characteristics and historical models or the establishment of authorship attribution and style classifications of the viewed land markers of collective and/or individual memory (monuments, memorials, memorial crosses, memorial plaques, memorial cemeteries etc.), the author views the (re)shaping of the “memorial map” of Novi Sad and Petrovaradin in light of the political discourse.